One topic that has frequently come up in the vaccine discussion is Tetanus. It appears that culturally, we are conditioned to fear Tetanus. Many parents express their fears about keeping their children vaccine free because, “what about Tetanus?”

When you think about it, using Tetanus to encourage vaccination is a great tactic. Everyone generally knows that Tetanus is ‘caught’ by a wound. And how many times does a child get a scrape, a puncture, a cut? Every child is bound to step on something or get poked by something. So the pressure to vaccinate is strong, right?

As with all of these issues, getting down to the facts will blow the smoke away. And with Tetanus, the facts are quite damning.

So what is Tetanus?

In other words, to get sick with Tetanus, you must get the Clostridium tetani into your body, such as through the infamous example of stepping on a nail. Then you must ensure that the wound does not get oxygenated (does not bleed and is not exposed to air) and you must ensure the bacterium multiplies enough to start a life cycle, because the toxins released when they die is what causes Tetanus symptoms.

Summary: Tetanus requires a wound that is deep enough and neglected enough to create an anaerobic environment so that the bacteria can flourish, die off and spread a toxin in the body. The incubation period is 3-21 days, the average being 8 days.

And what does it mean to ‘oxygenate’? It means to bleed. Blood is oxygenated by passing through the lungs and then flowing through the body to oxygenate all the tissues. That is how we live. We are oxygenated creatures. So if you step on a nail and you bleed, the Clostridium tetani cannot live. In other words, Tetanus is impossible to get if you are alive, pumping blood normally through your body and taking care of the wound.

But the truth is, people do report cases of Tetanus. Why is this? There are two main reasons:

Improper wound care. This is particularly seen around the world. For example, in Africa after the baby is born they pack dirt into the belly button after cutting the umbilical cord.

Diabetes or other circulatory disorders. Diabetes is a leading factor in the development of Tetanus because those with diabetes are more likely to have poor blood circulation and increased inflammation that prevents healthy wound healing. Combine this with the complications of suppressed immune systems in elderly populations and you have a double whammy. This is more about chronic illness in the elderly because it takes years for the body to break down capillaries to the point that a puncture wound in the foot or finger will not be oxygenated. The CDC admits this here:

Is the vaccine the only way to protect my child?

Think about your feelings on this subject. Think about the messages you have received. What is a key point about Tetanus in our culture? The lack of choice. Whenever something is “your only option” it’s a pretty good indication that someone is lying to you. The parents I talk to feel that getting the vaccine is the ONLY option to protect their child from Tetanus. When a care provider tells you there are no options, this is a red flag and I encourage you to think about what it means when someone does this to you.

What are ways you can immediately protect your child? Proper wound care. That’s it. Seems ridiculously simple doesn’t it? Looking for adequate blood flow, cleansing the wound, applying an antiseptic and keeping the wound clean are basic steps to preventing ANY disease, including Tetanus.

But I know there’s a question hanging in the back of your mind because you are a parent. I am a parent, too. I know that question all too intimately.

IF for some reason you and your child's doctor assess a risk for Tetanus, you have the option of choosing a non-vaccine shot called Tetanus Immunoglobulin or TiG for short.

IMPORTANT: if you suspect Tetanus, make sure your child gets the TiG shot! Many doctors and nurses sadly are not informed on this issue. They will pressure you to give your child the vaccine instead. Even if you ask for the immunoglobulin, some medical employees might not know what this is or think you are mistaken and assume you want the vaccine. Sometimes they claim to have a "T" only vaccine, which is untrue.

Additionally, smaller hospitals and doctor offices might not stock the immunoglobulin, so it might be more efficient to call larger hospitals/pharmacies to make sure they have the shot available before driving around town.

The bottom line? Tetanus is difficult to contract and easy to cure. No vaccine required. Pretty sad isn’t it?

Here I want to quickly resolve another related myth. I often hear parents say that they took their child to the emergency room because he stepped on a rusty nail or scraped his hand on a rusty piece of metal. Doctors readily push this misconception as well and use the descriptive term "rusty" when talking about Tetanus or promoting the vaccine. After learning about how the illness is contracted, can you see the contradiction? Rust is the visible symptom of oxygenation. The tetani bacterium requires an anaerobic environment. I'm not saying there is absolutely no chance of contamination, but am just pointing out how people are conditioned to fear based on unscientific concepts about this topic.

To finish, below are various studies, concepts and articles on the vaccine and Tetanus. Now shake that Tetanus fear off your shoulders and dig into the research!

In this study here: http://www.ncbi.nlm.nih.gov/pmc/articles/PMC261948/pdf/iai00115-0275.pdf researchers found that the community displayed a natural immunity to Tetanus due to coming into contact with Clostridium tetani:

“In Ethiopia, health services are
notoriously poor. It has been estimated that there is about
one physician per 100,000 people. The very small ancient
Jewish community in Ethiopia has suffered from prolonged
persecution and cultural isolation. This community has been
deprived of the poor health services in the country, and
according to our information, none of the subjects included
in our study had ever been attended by a physician, let alone
received any injections during their lifetimes.”

“Although only 30% exhibited more than the accepted
protective titer of 0.01 IU/ml (7), the percentage of those
considered protected was age dependent, increasing substantially
from 10% in the first decade to an average of 29% in the
11- to 60-year-old group to 63% in the group over 60 years of
age. Natural immunity to tetanus is gained, as in many other
diseases, through adequate, repeated, and prolonged antigenic
stimulation that sensitizes the immune system. The
opportunities for achieving immunity increase with age, and
this is well reflected in our data.”

“Minor injuries become major emergencies before you know it. With a diabetic foot, a wound as small as a blister from wearing a shoe that's too tight can cause a lot of damage. Diabetes decreases your blood flow, so your injuries are slow to heal. When your wound is not healing, it's at risk for infection. As a diabetic, your infections spread quickly.”

The CDC is telling us that of the KIDS who were reported to have Tetanus, two of them were vaccinated and three were vaccine free. ZERO died. Interestingly, supplemental data does not include any information about wound care.

In other words, the elderly over 60 years of age are more likely to contract Tetanus and more likely to die from the infection. This report leaves a lot to speculation as well...for example, were these elderly people refusing treatment? Were they living on their own and unable to seek medical attention? What was the wound and why wasn’t it treated? And why are we pushed to vaccinate for something that has an incidence rate of 0.16 per 1,000,000?

Let’s put that into perspective: http://www-fars.nhtsa.dot.gov/Main/index.aspx

It seems that your child is more likely to be injured when being born in a hospital in America or when driving in a car than to contract Tetanus, let alone die from Tetanus.

"Efficacy of the toxoid has NEVER BEEN STUDIED in a vaccine
trial. It can be inferred from protective antitoxin levels that
a complete tetanus toxoid series has a clinical efficacy of
virtually 100%; cases of tetanus occurring in fully immunized
persons whose last dose was within the last 10 years are
extremely rare. "

Crone NE, Reder AT. Severe tetanus in immunized patients with high anti-tetanus titers. Neurology 1992;42:761-764. Article abstract: Severe (grade III) tetanus occurred in three immunized patients who had high serum levels of anti-tetanus antibody. The disease was fatal in one patient. One patient had been hyperimmunized to produce commercial tetanus immune globulin. Two patients had received immunizations one year before presentation.

”Comments were made on misinterpretations concerning the natural resistance and natural immunization against tetanus. “
http://www.ncbi.nlm.nih.gov/pubmed/6114281?dopt=AbstractPlus

” Naturally acquired antitoxin in Indians is probably the result of chronic clostridial contamination of the small bowel. This contamination can induce immune tolerance in the gut and systemically and may be the reason for the poor responses to vaccination in all except infants.”
http://www.ncbi.nlm.nih.gov/pubmed/2679573?dopt=abstractplus

” Of the 84 patients who reported their immunization histories, five reported no complete series of tetanus shots but had adequate antibody levels, while three reported a complete series but had inadequate levels.”
http://www.ncbi.nlm.nih.gov/pubmed/3773025?dopt=AbstractPlus

So, like all the other vaccine-related illnesses...is the illness truly rare, or are there simply lesser forms of it? Are vaccinated children truly protected from illness, or are parents and doctors too uninformed to recognize it?

"Five children aged five to 15 years contracted tetanus in Finland between 1969 and 1985, together with 101 adults. Four of the five had been adequately immunized against tetanus."
http://onlinelibrary.wiley.com/doi/10.1002/ajp.1350030103/abstract

”One half of an annual birth crop of thesus monkeys inoculated with tetanus toxoid at the age of one year had protective levels of tetanus antitoxin seven years postinoculation. However, the immunization program had no significant effect on either the total or tetanus motality rates during the study.”
http://pediatrics.aappublications.org/content/120/5/e1355.full


Take a look at 3 popular brands of DTaP:

Remember that these are only the reported reactions, which the FDA/CDC suspect to only approximate 10% of the total reactions, the rest of which go unreported due to misdiagnosis or unwillingness to report.

Here, you can track Tetanus right on the CDC page:

To find out the reported number of deaths, visit the CDC’s website here and type in which disease you are interested in learning about:

An easier tool to use that searches the VAERS database is at http://www.medalerts.org/. Go ahead and search DTaP, Dt and TDaP or Td. Read the case stories.

Do you know what is in the DTaP? Here is a post with information needed to decide which vaccine is right for your child: http://guggiedaly.blogspot.com/2010/09/which-dtap-brand-is-best-for-your-child.html

There are several brands available. Be sure to check out each one and if you do choose the DTaP for your child, make sure you get the actual manufacturer insert from your doctor and file it.

(The above ingredient lists were compiled as an example and might be out of date. Vaccines are constantly changing. Find updated information on current vaccines here: http://www.vaccinesafety.edu/package_inserts.htm) 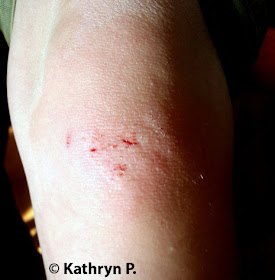 "Wounds that bleed will never result in tetanus because the tetanus bacillus is anaerobic. It is absolutely silly to vaccinate boys who cut their knees. The only reason behind that is money."--Dr Buchwald MD
Guggie Daly at 7:41 PM
Share