Confessions of a Circumcised Teen

"I was 16 when I first learned about circumcision. I learned about it while in a child development class. As soon as I had a semi-clear understanding of what [routine infant] circumcision was, I immediately became disgusted at the fact that there were people that would have it done to their children.

And of course it only took about a couple seconds for it to hit me: The realization that this was done to me. I didn’t want to believe it. I couldn’t imagine that my parents would ever do something so obviously cruel to me and right after I entered this world, but there was no denying it.


After that painfully obvious realization my disgust was dwarfed by the most intense anger I have ever felt. I felt violated. I felt as though I had just learned that I was sexually assaulted as a baby. Which is literally what it is as far as I’m concerned. I’ve never seen it as anything different. I still don’t understand how anyone can see it any differently.


As I felt all these emotions, I looked around the classroom. To my horror, nobody else seemed to be bothered by this, everyone sitting quietly as the teacher continued casually explaining it as though it were any other lesson. It was like something I would see in the Twilight Zone. I have never been so disappointed in people. How could everyone be that blind?


I went on feeling as if I was the only one, stuck in the Twilight Zone for two years. I thought I might actually be the only one in the world that felt this way. Then when I was 18 years old, I decided to Google the topic. I knew there had to be others who felt this way. The first thing I saw was a video on YouTube of a girl expressing her feelings on the subject. It was relieving. I saw many other videos like it. Each one I watched made me feel better. After two long years I was finally able to get it off my mind and I was able to find my faith in human kind again. " 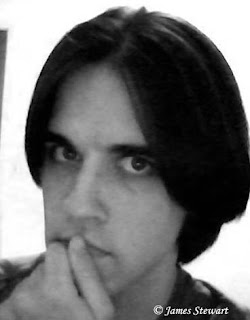 James is a young adult currently attending college. He reports that he is, "Quiet, philosophical, lively, honorable, rational, silly, serious, intelligent and argumentative."

Have you felt you were the last sane person on earth when it comes to the topic of circumcision? The following pages and blogs are run by men who oppose routine circumcision:

If you are a man who opposes circumcision and you have a website, blog, page or community and would like to be added, please let me know!

Confessions of a Circumcised Man

Confessions of a Circumcised Son