Confessions of a Choleric Child: When a Little Hit More is Never Enough

If you've ever discussed spanking, you've probably come across a common sentiment. It's cliche, tossed out confidently as if the person claiming it has direct experience with the situation.

And yet, if you're a choleric, you probably see the inaccuracy.

"All kids are different. Some kids might respond to gentle parenting or warnings. But what about those kids with strong wills? You can talk to them all day but they won't obey unless you give them something a bit more. They need a spanking."

This points draws on several implications. First, it sneaks in the assumption that hitting a child has different ethical weights depending on the personality of the child. Some children deserve to be hurt but not others? Ignoring that, it then moves to the choleric argument: if you've got a strong willed child, then the only/best way to discipline that child is with physical punishment.


Now, I have no idea why this sounds so good on the surface. Because if you take two seconds to look at it, you should see it pretty clearly. Someone with a strong will isn't going to give in over a little smack on the butt...that so-called harmless and legal pat, pop, boppity spanking that parents claim is all they do for discipline.

So if the child isn't going to bend over for a light smack, then what WILL break his spirit? It's not going to be a punishment anyone publicly admits. It will be something harmful enough and abusive enough that the strong-willed child yields (and only momentarily) out of fear for his wellbeing. Is that discipline or is that abuse? How far will you go to break someone's will? And is breaking a child the goal of discipline anyways?

I've always eyed this argument sideways because I'm that Choleric Child. The one you prayed not to get, perhaps...the one that turns your hair gray and forces you to your knees in rejuvenation of some faith, out of desperation that a deity is in the cosmos capable of assisting you with your hellion.

My parents started out with punitive parenting. In fact, it was the narrow faux-Christian version based on spanking the devil out and forcing the child to obey because otherwise *feigned high voice* Hooooow will she ever learn to obey God? That rod better be applied, hard, fast and frequently or your child will rot in hell!

For the strong-willed child, perhaps they meant reign in hell.

My parents changed over the years, grew in grace, learned new methods, asked forgiveness. But before that, I was given several memories of how punitive parenting works on a child who needs a "bit more." The saddest thing is, I can easily recall these punishments but I can't for the life of me recall why I was punished or what lesson I was intended to learn.

One such memory that floats to the surface is being struck repeatedly on the buttocks in a calm manner. I use that language since that's the official pro-spanking language. Nothing wrong here, according to pro-spanking methods. It was calm, so it was loving, right? It was on the buttocks, open handed. And in accordance with how old I was (one spank for each year.)

Firstly, strong-willed children don't give a crap how loving you feel towards them when striking them. Or in general. They are typically concerned with advancement, such as being the best, the most, the highest. Relationships are not a strong point for the undeveloped choleric. So who cares if you feel loving and calm or if you've flown into a rage. What you HAVE done, in the young child's mind, is declared war upon them.

And you will lose that war.

They don't know about strong-willed children. See, pain doesn't do that for the spirited child. Pain hardens them. It strengthens them. Each sting followed by dull thudding, spreading through my back didn't make me feel sorrowful. It didn't drive in a lesson or cause me to yield. In my head, I stood stronger and taller. As my mom spanked me dutifully, I stood there and smiled. Then I chortled. Then when she was done and I had to face her, I did so with the confidence of a soldier who has won a battle. Whatever I resolved that day, it wasn't to be more compliant with her wishes.

I can recall plenty of reactions from my spankings. I probably received many of them in that early time period. I can only imagine how it must feel to parent a spirited child and your only tool is faux-Christian punitive parenting methods. Despair comes to mind!

In my head I would often chant, fueled by those spankings.

Sometimes, being so motivated by the confrontation, I would even verbally engage. Reminds me of Bart on the Simpson's, waving his butt. "Haha! That didn't hurt! Why don't you try again?" But obviously that's not a great thing to do since it involves more punishment.

One thing I can assure you is that never, ever in that punitive period did I learn a lesson, feel regretful, believe that my parents were in the right or resolve to change my behavior in the future. Cholerics aren't into impulsive behavior. They know what they want and why, and they plan to do things based on that. If they get punished at the end, oh well. It won't change their minds.

If you have a strong-willed child who will not yield, it's actually gentle parenting that will lead the way. It sounds contradictory to some, who think that a heavier hand against a heavier spirit is the way to break through. But the choleric personality is not merely about opposition. It's about being absolutely right and just. Appeal to higher, noble concepts and logical reasoning and you will be granted inside very quickly. In fact, negativity and a punishing environment can quickly lead the choleric child towards perfectionism and despair. As hard as they appear towards others, they are even harder towards themselves, demanding precise performance. As I recall reading somewhere, "If you think the choleric child needs to be disciplined, get out of the way and let him do it!" Underneath that cold, strong surface is a heart that can be appealed to and expanded.

The opportunities for this temperament can go down two roads. Historically, some of the most evil and most brilliant minds were choleric personalities. As parents, do we want to break a child's will, embitter and discourage him and potentially send him down a dark pathway where he grows up thinking his strong will and competent presence permit him to harm others? 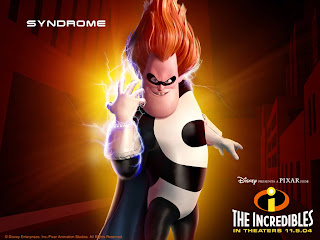 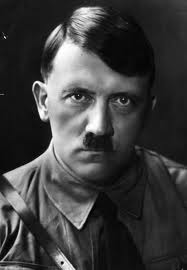 Or do we want to raise such a child to use her strength and wisdom in the world for helping others, solving problems, rooting for the underdog? Whichever way your child is compelled, she will go with all her might, seemingly carrying the world on her shoulders and stopping for no one. This then is your decision: will you lift up your child towards the highest human principles of love, peace and courage or break her down towards the lowest, of cruelty, violence and coercion?

And, really, when you think about it, exactly who changes a mind and heart based on a few slaps on the butt? Spirited or not, having a parent hit you doesn't teach you something. It doesn't develop your skills. It doesn't fill emotional needs. It doesn't help you to analyze the situation and think of better ways. It doesn't even fit the crime or make sense as a natural consequence.