As I write this post, I can’t stop the tears from pouring down my cheeks. My dear friends Leilani Luna and her husband, peaceful parenting advocates, experienced a stillbirth.


From the beginning her little baby was welcomed into the family. 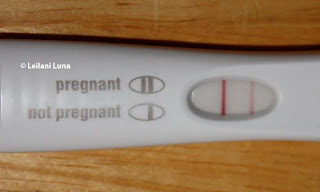 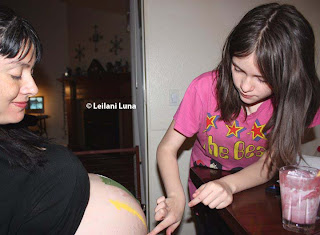 Leilani had experienced two previous c-sections, with the last one being over 11 years ago. There were no adhesions and the scar had healed well. Everything looked fine. Her baby was growing and she was glowing. 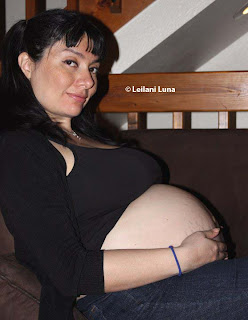 But on June 15th, 2011, her precious son, Liam Dietrich Luna, was born still at 12:05AM. He weighed 10lbs, 5oz and was 22 inches long. He was chubby and perfect, with reddish brown hair and blue eyes like his daddy.

Leilani’s tragedy was rare and an extreme emergency whether at home or in the hospital. She had several hours of very hard labor with little progress when a severe pain across the middle of her abdomen appeared. It was extremely painful and did not go away.

The doctors verified she had experienced uterine rupture. This caused another rare emergency, a placental abruption, and this is what took Liam's life. Her waters had broken and leaked into her abdominal cavity. It is a miracle that she is alive today. The doctors proceeded with a c-section after verifying that little Liam had passed on from this world. They had to clean out her abdominal cavity. Her uterus was shredded and the doctor spent a long time repairing it, but she will no longer be able to have biological children.

The doctors also diagnosed her with severe pre-eclampsia although she did not have that diagnosis during pregnancy, nor did she have symptoms.

A few days after coming home from this tragic experience, she developed a fever with chills and had to be hospitalised again. The doctors thought it was something serious and death was mentioned. They couldn't find the cervix or even the top of the vagina & had a hard time finding the uterus. They had put her under anesthesia for an exam.

Thankfully, it was only her bladder. It wasn't emptying and was distended from the urine. After all that was emptied, they were able to find everything in its place. Even though it was "only" that, the second experience left her very ill. She has been on countless narcotics, antibiotics, contrasts, etc over the last 10 days.

Please send a prayer or healing vibe as she and her family work through this dark journey not only of physical healing, but also of grieving for Liam. Leilani has experienced a loss that no mother wants to think of and has still found the strength to take time to share Liam with us. He is beautiful and has truly impacted the lives of many people.

http://emedicine.medscape.com/article/275854-overview
What can you or your provider do if a rupture occurs?

Similar to other severe emergencies such as placental abruption or cord prolapse, this is a true emergency that requires immediate action and often has poor outcomes regardless. :( This article talks about how a rupture is typically handled:

What is a placental abruption?

It is an uncommon complication where the placenta detaches from the uterine wall.
http://www.mayoclinic.com/health/placental-abruption/DS00623

What can you or your provider do if a rupture occurs?

Similar to uterine rupture, it is a severe emergency that requires immediate delivery.

http://www.mayoclinic.com/health/placental-abruption/DS00623/DSECTION=treatments-and-drugs
Posted by Guggie Daly at 8:46 AM 14 comments: Links to this post

On Rubella (Not Congenital Rubella Syndrome)

This is not a complete post. Just beginning it for later use.
http://www.mayoclinic.com/health/rubella/DS00332/DSECTION=symptoms

"The signs and symptoms of rubella are often so mild that they're difficult to notice, especially in children. If signs and symptoms do occur, they generally appear between two and three weeks after exposure to the virus. They typically last about two to three days"

"Rubella is a mild infection. Once you've had the disease, you're usually permanently immune. Some women with rubella experience arthritis in the fingers, wrists and knees, which generally lasts for about one month. In rare cases, rubella can cause an ear infection (otitis media) or inflammation of the brain (encephalitis)."

Here is the MMR insert:

"The following adverse reactions are listed in decreasing order of severity, without regard to causality,
within each body system category and have been reported during clinical trials, with use of the marketed
vaccine, or with use of monovalent or bivalent vaccine containing measles, mumps, or rubella:

Musculoskeletal System
Arthritis; arthralgia; myalgia.
Arthralgia and/or arthritis (usually transient and rarely chronic), and polyneuritis are features of
infection with wild-type rubella and vary in frequency and severity with age and sex, being greatest in
adult females and least in prepubertal children. This type of involvement as well as myalgia and
paresthesia, have also been reported following administration of MERUVAX II.
Chronic arthritis has been associated with wild-type rubella infection and has been related to
persistent virus and/or viral antigen isolated from body tissues. Only rarely have vaccine recipients
developed chronic joint symptoms.

Following vaccination in children, reactions in joints are uncommon and generally of brief duration. In
women, incidence rates for arthritis and arthralgia are generally higher than those seen in children
(children: 0-3%; women: 12-26%),17,52,53
and the reactions tend to be more marked and of longer
duration. Symptoms may persist for a matter of months or on rare occasions for years. In adolescent
girls, the reactions appear to be intermediate in incidence between those seen in children and in adult
women. Even in women older than 35 years, these reactions are generally well tolerated and rarely
interfere with normal activities.

Experience from more than 80 million doses of all live measles vaccines given in the U.S. through
1975 indicates that significant central nervous system reactions such as encephalitis and
encephalopathy, occurring within 30 days after vaccination, have been temporally associated with
measles vaccine very rarely.54

In no case has it been shown that reactions were actually caused by
vaccine. The Centers for Disease Control and Prevention has pointed out that "a certain number of cases
of encephalitis may be expected to occur in a large childhood population in a defined period of time even
when no vaccines are administered". However, the data suggest the possibility that some of these cases
may have been caused by measles vaccines. The risk of such serious neurological disorders following
live measles virus vaccine administration remains far less than that for encephalitis and encephalopathy
with wild-type measles (one per two thousand reported cases).

(I love their assertion. I guess they think parents are dimwits and can't read for example the above two links I posted.)

"A vaccine, like any medicine, is capable of causing serious problems, such as severe allergic reactions. The risk of MMR vaccine causing serious harm, or death, is extremely small.

Getting MMR vaccine is much safer than getting any of these three diseases.

Most people who get MMR vaccine do not have any problems with it.

Fever (up to 1 person out of 6)
Mild rash (about 1 person out of 20)
Swelling of glands in the cheeks or neck (rare)
If these problems occur, it is usually within 7-12 days after the shot. They occur less often after the second dose.
Moderate Problems

Serious allergic reaction (less than 1 out of a million doses)
Several other severe problems have been known to occur after a child gets MMR vaccine. But this happens so rarely, experts cannot be sure whether they are caused by the vaccine or not. These include:
Deafness
Long-term seizures, coma, or lowered consciousness
Permanent brain damage"encephalitis and encephalopathy continue to be rarely reported.17" 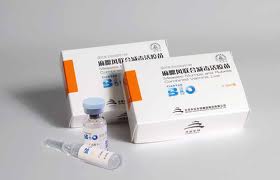 Posted by Guggie Daly at 11:41 AM 2 comments: Links to this post

This information was compiled by Ginger Taylor.