The Touch of MIDAS: Discerning Venom and Poison in Relationships 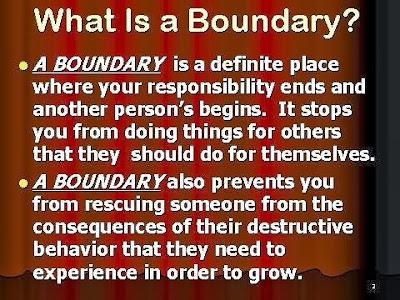 Are you familiar with the way to determine what is poisonous and what is venomous? The ole rule of thumb goes:

If it attacks you, it's venomous
If you touch it/eat it, it's poisonous

Moved to human relationships, the difference between a venomous person and a poisonous person is that one person attacks you and one person is poisonous simply by being around them. (And both forms of toxicity are important to pay attention to and to protect yourself from regardless.)

Sometimes, it's difficult to discern when a person is struggling versus being passively poisonous, versus being aggressively venomous. I like to use the MIDAS system to help clarify the situation. You can apply the MIDAS system to any relationship or interaction in your life. It does not have to be hetero-romantic. Coworkers, friends, relatives, neighbors...any of them are applicable here.

The touch of MIDAS is all about determining how your life on every metaphysical plane (physically, mentally, emotionally, psychologically, spiritually, financially, etc etc) is touched by other people. Whether passively poisoned, or actively injected with venom, how other people act in your relationships does leave an impression on you. Recognizing how and why can help you to build healthy boundaries and make choices that either repair the relationship to a functional level, or help you to escape the relationship.

You know you've been touched by MIDAS when you feel: 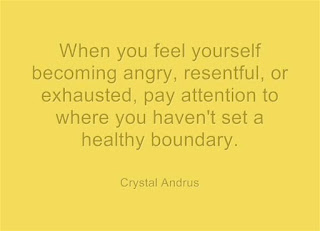 Going off a previous conversation I had with SAHMs (Stay At Home Moms) I will use the example of a hetero-romantic relationship where the male partner tosses his dirty laundry on the ground next to the hamper. Notice that this is a fairly minor, non-violent incident. Toxicity doesn't have to be outrageous to still represent dysfunction, abuse, or sociopathy. That's why it's important to look at all the pieces of a relationship instead of trying to gauge health by seriousness alone.

Is it a Mistake? Perhaps he was late for work, not feeling well, distracted by the dog?
Is it an Imperfection? Perhaps he just isn't a good housekeeper, is easily distracted, has choline mutations, ADHD and despite being a great guy, will just never be good at laundry?
Is it Dysfunction? Was he raised to believe the other partner is supposed to do it? Does he think that's lowly work and he's above it?
Is it Abuse? Will he come home angry if you didn't clean up after him? If you complain, will he verbally lash out, give you the cold shoulder, punch the wall?
Is it Sociopathy? Is he playing mindgames, gaslighting you in sneaky ways that others can't see, denying it, making you doubt reality? Do you feel as if you're trapped, drowning, lost, but if you mention anything to others, they think you're unstable or complaining?

In each scenario, the issue was the same, but the toxicity was incredibly different. Recognizing these differences is important to avoid codependency, enmeshment, or other harmful issues from long term exposure to toxicity. Using the same laundry example, how might a person respond differently in each scenario? You're still trying to maintain a long term, loving relationship with mercy and forgiveness, but you don't want to fall into being a doormat or ignoring consistent boundary issues.

If it's a Mistake, it might be a great opportunity to practice love as a verb. To pick up that laundry, to let complaints slide. To text an extra I love you and make sure he's okay. We all have bad days. Now's the chance to show that support to a loved one.

Maybe it's a noted Imperfection, a constant struggle in the household, and even an annoying habit that quietly eats away at relationship balance. In that case, it's time to clarify boundaries and voice frustrations. In such a situation, maybe both people will agree that it's ok to just chill about laundry on the floor, provided he is the one who takes responsibility and cleans it up on designated laundry day. Notice how it involves two people compromising, but still sticking to boundaries. It's his responsibility to clean up after himself just as it's her responsibility to release expectations that might not matter overall. An imperfection tends to be resolved when both people clarify boundaries and grow as individuals.

When it comes to Dysfunction, the most charitable thing to do is to call it out. Being loving in the face of dysfunction is refusing to accept those unhealthy scripts. A case of dysfunction means it's time to involve third parties for mediation and monitoring (such as doctors and therapists.) It's possible for people to carry dysfunctional scripts but not act directly abusive, and that is exactly the right time to begin counseling to see if the relationship can be salvaged.

In cases of Abuse, the most common pitfall is wrongly identifying abuse as an imperfection. This is especially easy to do when comorbid issues are involved, such as substance abuse and mental illness. It can be tempting to dismiss abuse as the person having a hard time, or suffering. If you're aware of your partner's background, you might feel sympathy. "He was raised by an abusive mom, of course this is triggering for him." "He's battling depression and lost his job, his temper is just on edge right now." Imperfection is passive and not related to dysfunction. Violence, including non-physical violence such as emotional and verbal attacks, are Abuse, not imperfection. Working individually with a therapist can help you to discern this clearly so that you can leave the relationship.

Sociopathy seems to be the easiest of all of them, yet it can often be the most difficult to recognize and the hardest by far to resolve. Narcissists, psychopaths, and sociopaths are often quite clever and very obsessed, weaving webs for their victims that can take years to untangle. Always involve third parties (therapists and doctors) individually, for you. Beware of the sociopath's ability to triangulate (use therapists, family members, and doctors against you). Building a personal community away from the sociopath is important to escape.

Keep in mind that even when it comes to Mistakes and Imperfections, they can passively poison you. Depending on the situation and seriousness, these incidents might require healing and counseling. A one time Mistake might be entirely innocent, but can still cause a lot of hurt. In healthy, functioning relationships, Mistakes and Imperfections aren't excused, but resolved openly with both sides working together. If you notice a consistent history of one person constantly having a mistake, or attributing things to imperfection, along with a lack of apology and change, you've moved into sneaky Abuse.

I hope to add more to this concept with later writings. Thanks for reading!

©Guggie Daly
Posted by Guggie Daly at 7:20 PM No comments: Links to this post